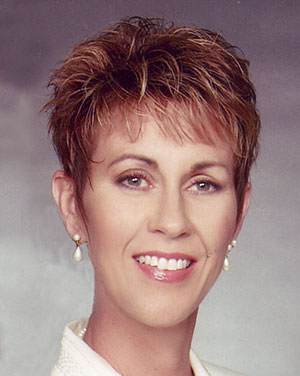 Tamalyn Blackman is a native of Charleston, South Carolina, and graduated with a Bachelor's of Arts degree from the College of Charleston.  After relocating to Elloree as a newlywed, Tamalyn began teaching dance in Orangeburg through the Parks and Recreation Department in August of 1986.  Ten years later, she and her husband Lee Blackman Jr. built Tamalyn's Dance Centre, which has now been in operation for over twenty years. Tamalyn also founded the Orangeburg Civic Ballet, Inc. in 1993 as a non-profit, totally volunteer, community dance company.

Tamalyn has also studied ballet in New York, Seattle, Atlanta and Augusta with such teachers as Robert Joffrey, Gus Giordano, Melissa Hayden, Edward Villella, Suzanne Farrell and Valentina Kozlova. She has performed at the World's Fair; in Spoleto for both operas and ballet; with the Charleston Opera Company in West Side Story, Cabaret and A Funny Thing Happened on the Way to the Forum to name a few; and with the Orangeburg Part-Time Players as a performer and choreographer.

While building her business, Tamalyn taught dance and aerobics in Charleston, Walterboro, Estill, Santee, Elloree and Holly Hill.  Tamalyn is the recipient of "Outstanding Woman of the Year in the Arts" by the Girl Scouts of America, Lowcountry Council.

Tamalyn and Lee reside in Elloree and are the proud parents of teenage son Bardin.

Allison Bates began her dance training with Tamalyn Blackman at Tamalyn's Dance Centre is 1999.  Throughout her years dancing at TDC, Allison had the priviledge of dancing and performing with the Orangeburg Civic Ballet in numerous performances such The Nutcracker, Alice in Wonderland, Sleeping Beauty, and Coppelia to name a few.  Allison also traveled with the OCB to perform in places such as Piccolo Spoleto, the North Charleston Arts Centre Festival and Amazing Feets.  Allison began teaching at Tamalyn's Dance Centre in 2007, and that experience led her to seek a degree in Dance Education at Winthrop University, where she studied under teachers such as Stephanie Milling, Margaret Schriffin, Mary-Beth Young, and Bethany Tuffy.  During her studies at Winthrop, Allison performed and choreographed in numerous shows such as Winthrop Dance Theatre, the Winthrop University Choreography Showcase, and the Rock Hill Rockettes.  Upon graduation, Allison returned to the Orangeburg Civic Ballet as an assistant director in 2011, and then took on the role of Artistic Director in 2013.  She has helped create and direct performances such as The Nutcracker, Peter Pan, Sleeping Beauty, Wizard of Oz, Alice, Mary Poppins and Star Spangled:  An American Girl's Journey.  Allison has also had the opportunity to teach and choreograph at local dance events such as the Orangeburg Arts Consortium and the Orangeburg Chapter of the National Liturgical Dance Association Convention.  She currently teaches at Tamalyn's Dance Centre.  Allison resides in Orangeburg, SC with her husband Dustin and their young sons Noah and Levi.

Cammie Bunch has studied dance for 29 years, mostly under the strict hand of Anita Ashley and Leigh Powell Buckley at the Columbia Ballet School.  There she was a member of the Devine Street Dance Company.  She has also studied dance at Columbia College with Patty Graham, Wrenn Cook, Martha Brim and Marcy Jo Yonkey-Clayton. She has performed roles such as a solo in Don Quixote and the lead in the ballet Sing Sing Sing, choreographed by Maurice Curry (former director of Jazz Dance America). She was also a member of Ann Brodie's Carolina Ballet. There she participated in many performances such as The Nutcracker, The Twelve Dancing Princesses, and Mladosti to name a few. Cammie is a current member of the Columbia College Dance Company directed by Wrenn Cook and has also been a member of the Dreher High School Dance Company directed by Ann Richardson. She has performed the role of Swanhilda in Coppelia and many other solos such as a jewel in Sleeping Beauty and the role of the Spanish princess in Swan Lake. Cammie has also studied at the Walnut Hill School for the Arts in Natick, Massachusetts, the Joffrey Ballet School and The South Carolina Governor's School for the Arts and Humanities.

Shannon Williams has danced for 21 years in many various styles including ballet, jazz, contemporary and hip-hop to name a few.  She has not only taken from Tamalyn's Dance Centre since the age of five, but has since taught various classes at the dance centre such as hip-hop and contemporary.  She was a member of the Orangeburg Civic Ballet for twelve years before becoming an Assistant Director.  Growing up, Shannon had the opportunity to perform in many area productions such as The Nutcracker and Sleeping Beauty ballets, as well as original dance productions created by the OCB such as Tammy and the Geek and Alice in Wonderland.  She also performed in area festivals such as Piccolo Spoleto, Amazing Feets and the Festival of Roses.  Throughout her college career, Shannon had the opportunity to study with many master teachers and observe other dance teachers in area schools across the midlands.  She graduated from the University of South Carolina, Magna Cum Laude, with a degree in Dance Education in 2016 and was a Dance Educator and Dance Coach at Meadow Glen Middle School for the 2016-2017 school year.  Shannon now teaches full-time at Tamalyn's Dance Centre, teaching ballet, tap, jazz and conditioning.  She also teaches tap part-time at Mellichamp Elementary School as part of a grant program.  Shannon is so thankful to hbe able to teach dance throughout the Orangeburg community and looks forward to many more years of teaching and dancing. 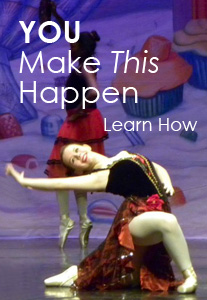 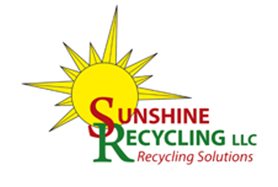 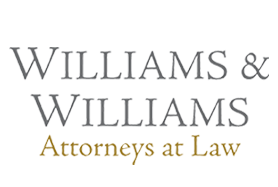